Vancouver is one of the most beautiful cities in the world. It lies between the ocean and the majestic Rocky Mountains and that’s where we will begin our fantastic adventure. Good coffee, delicious seafood, walks and bike trips will give us energy to explore the extraordinary wonders of nature. Over the next few days, we will visit exclusive ski resorts, cross the highway on an ecological boat in search of bears, take a walk along the banks of unusually beautiful lakes to which glaciers flow. We say goodbye to Canada in Calgary, the city of cowboys on the prairie, the host of the winter Olympics in 1988. The second part of our journey will lead us to the USA and its natural pearl, Yellowstone, the oldest national park in the world. There are famous geysers, hot springs, mud volcanoes, fumaroles and waterfalls. The views are breathtaking and remain in memory forever. After Montana and Wyoming, we enter Utah. In the capital city of Salt Lake City, the host of the Olympic Games in 2002, we will visit the world’s largest Mormon temple, or followers of The Church of Jesus Christ of Latter-day Saints.

Day 1
Departure from Warsaw to Vancouver with a layover in one of the European ports. Landing in Vancouver, emigration formalities, transfer to the hotel, accommodation

Day 2 – a full day tour of the city.
Vancouver is one of the most beautiful cities in the world. It lies between the ocean and the majestic Rocky Mountains, covered with snow caps. The main part of the city is a busy port, with idyllic beaches and the seafront, wonderful parks, skyscrapers. Already after a short journey, you can find yourself in the middle of wilderness inland – sailing, swimming, fishing, hiking, skiing, playing golf or tennis. After beautiful Vancouver,take a walk to forget about your worries. It is “a city where everyone would like to live,” as Jan Morris wrote.

Day 3 – Vancouver – Whistler 120 km
Whistler – a charming city in the British Columbia province, there are alpine skiing and mountain biking trails in it. The resort is visited by over a million tourists every year, there are 200 shops, 90 restaurants and bars, and many attractions: hiking tours, bungee, kayaking, airplane trips, car trips, rope parks, the possibility of mountaineering, wakeboarding, rafting, rope ramps up to 2200 feet and 4 large golf courses.

Day 4 – Whistler – Blue River 530 km
Drive from the mountain Whistler to the small town of Blue River. For those willing, option to take part in RIVER SAFARI – an unforgettable, inspiring boat trip through the Grizzly Bear Valley, located in the picturesque Monashee Mountains in British Columbia. RIVER SAFARI is an attraction for both seasoned adventurers and those who are less adventurous. Ecological boats will take us on a journey through glaciers, mountains, colorful waters in search of bears, moose, eagles and osprey, as well as many other wild animals.

Day 5 – Blue River – Jasper 212 km
Another day in Canada, but this time we will be dealing with nature in the province of Alberta. Time for wonderful views in Jasper National Park. The area of ​​the park is built of strongly folded sedimentary rocks of marine origin. The park covers the eastern slopes of the Rocky Mountains with the highest peak of Mt. Columbia 3747 m. In Jasper, we may see animals such as the grizzly (gray), elk, baribale, caribou, wapiti, mule deer, bucks, Canadian sheep and about 260 species of birds, including grouse and golden eagle.

Day 6 – Jasper – Lake Louise 232 km
A visit to the Banff National Park – an opportunity to see one of the most beautiful mountain views in the world – Lake Louise and the glacier Victoria flowing into it. The Lake Luise is located on the shore of the lake – a neoclassical hotel built by the railway company CPR. Leading from the hotel, a number of hiking trails.

Day 7 – Lake Louise – Calgary 187 km
The city of cowboys on bonuses, the host of the winter Olympics in 1988 – known today mainly from the organization of the annual Stampede rodeo, the world’s largest open-air event and unofficial world championships in riding horses, bulls, harnessing and barrel-busting carts. Calgary hosted the Winter Olympics in 1988.

Day 8 – Calgary – Helena, Montana 612 km
Today, we say goodbye to Canada and welcome to American Montana. We spend the night in the small town of Helena, which is the capital of the state. Montana is called the State of the Treasures, the Land of the Shining Mountains and the Land of the Great Sky. It is the fourth largest US state with extremely low population density. The Montana economy is based on agriculture, mining and the wood industry.

Day 9 – Helena – West Thumb (Yellowstone NP) 360 km
Finally, we reach the natural pearl, or Yellowstone. It is the oldest national park in the world. There are famous geysers, hot springs, mud volcanoes, fumaroles and waterfalls. The park is situated on a vast volcanic plateau, under which a magma chamber is located at a depth of 7-17 km. More than 2 million years ago, a supervolcano explosion took place there, causing extensive destruction. The National Park is dissected by the deep gorge of the Yellowstone River. In 1978, it was added to the UNESCO list of world cultural and natural heritage.

Day 10 – West Thumb – Jackson, Wyoming 127 km
The next day we will admire the beautiful, fabulously colorful, volcanic landscapes of Yellowstone, as well as its rich flora and fauna. In the afternoon we will drive to the Grand Teton National Park, which includes a mountain massif and 6 post-glacial lakes. There are many wildlife species living in the park: grizzly, puma, bison, coyote, wolf and moose.

Day 11 – Jackson – Salt Lake City 440 km
We leave Wyoming and enter Utah, one of the most homogeneously religious US states. 72% of residents there are declared Mormons. In the north-western part of the state there is the no outflow Great Salt Lake and the Great Desert of Salty.

Day 12 – Salt Lake City –
We visit the capital of the Mormons, this is where the seat of world authorities and the temple of the Church of Jesus Christ of Latter-day Saints is located. This beautiful city surrounded by mountains was in 2002 the host of the Winter Olympics. Just a one hour drive from Salt Lake City, there are as many as 11 winter ski resorts.

The price does not include

Polish citizens must have a visa issued by the consul of the United States; it is not possible to obtain a visa at the border. Citizens of Poland need a visa to Canada only if they do not have a biometric passport. On the basis of a promise, a visa is obtained upon arrival to Canada.

Holders of biometric passports are exempt from the obligation to make a promise before departure and they receive a visa immediately upon arrival to Canada. A biometric passport is one which has a gold chip symbol at the bottom of the first page of the outside of the passport cover. 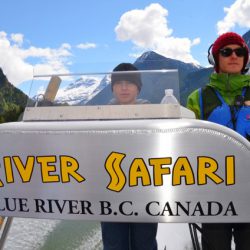 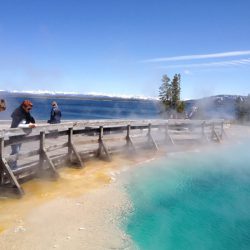 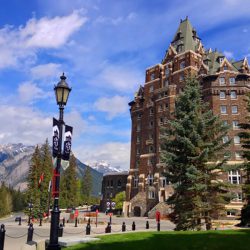 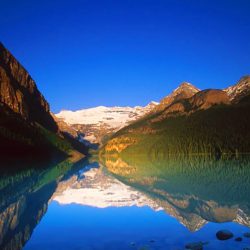 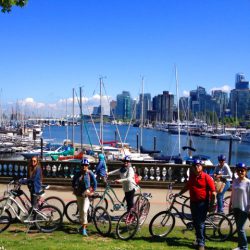 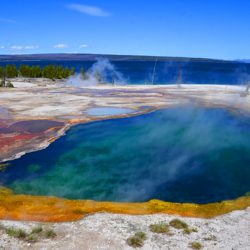 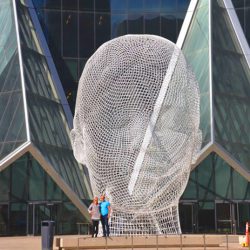 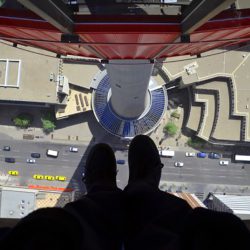 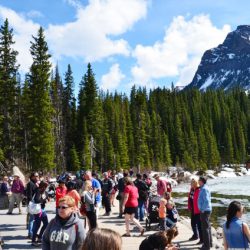